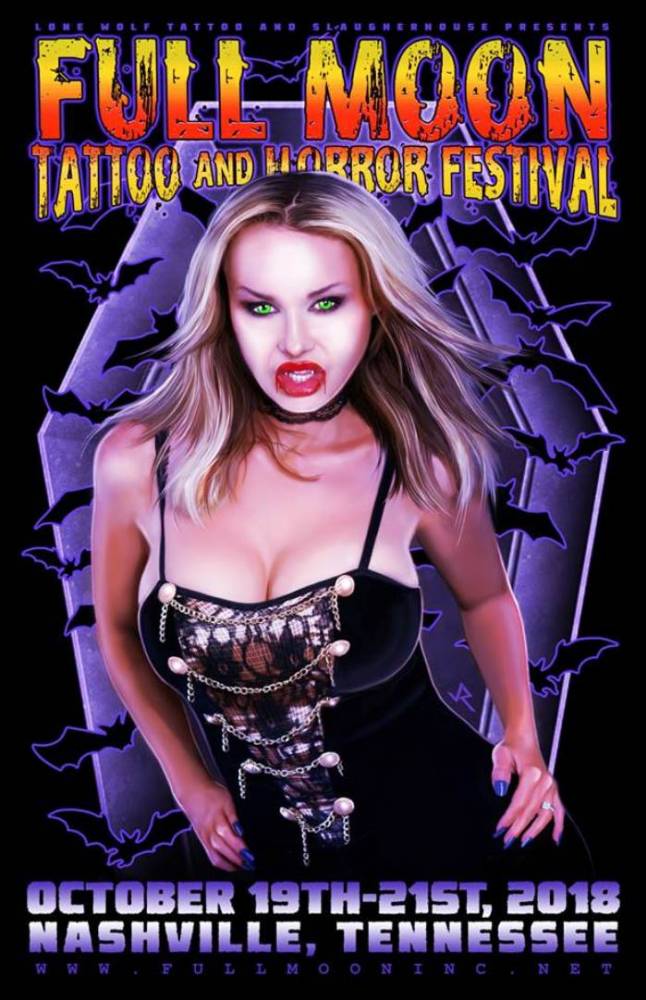 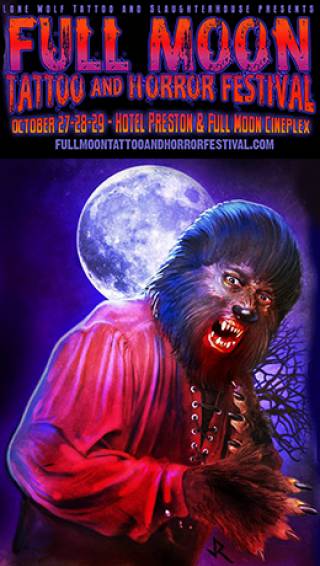 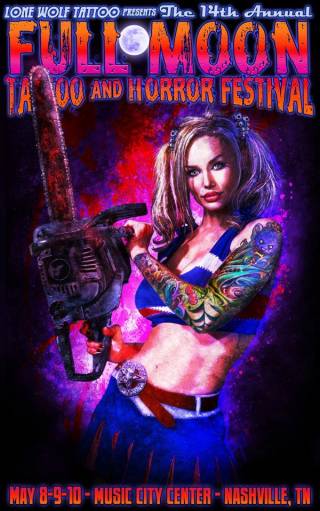 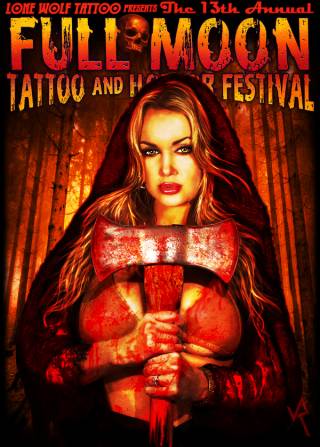 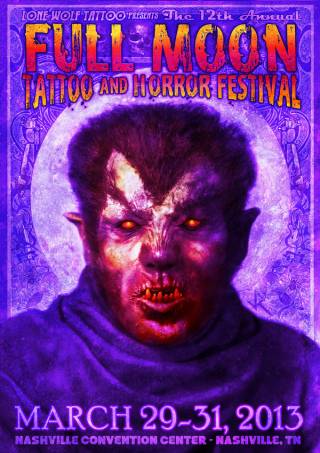 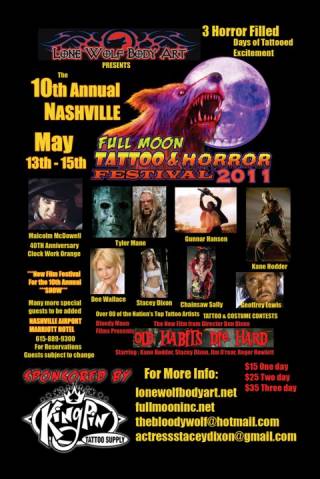 The 17th Annual Full Moon Tattoo and Horror Festival. October 19th-21st 2018. Nashville's own and original Tattoo convention along with Horror Celebrity guests. Making it the first of it's kind. Hosted by Nashville's own Lone Wolf Tattoo and Slaughterhouse. Hotel Preston 733 Briley Pkwy Nashville, Tn. 37217 and Full Moon Cineplex 3445 Lebanon Pike, Hermitage, Tn. 37076. This event is currently now at 2 venues. Tattooing and Celebrity Guests, vendors and other artists at the Hotel Preston. Tattooing, Vendors and Artists as well as getting to see the films of the Horror Celebrities on the big screen at the Full Moon Cineplex. There is also the Slaughterhouse, Nashville’s longest running Haunted Attraction. There will be “IN COSTUME” Celebrity Photo Ops. as well as other Photo Ops with Celebrities. Tattoo Contests and Q&A panels and seminars. There will be a shuttle running between the two venues. Info and Tickets starting at $20 will be available online at www.fullmooninc.net.